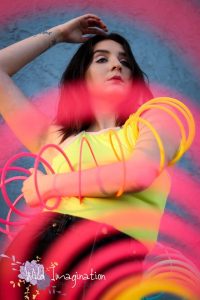 West Sioux Studios is starting a new project attempting to capture breath taking and mind bending images, and then pulling back the curtain and exposing how the its created!  Some will be simple illusions, others a bit more complex, and still others just down right cool!  Hopefully they will all be fun and make you say… Wow!

Dez Murray of Wild Imagination Photography was our first collaborator! After a city wide search for a rainbow colored slinky, we were ready to tackle our first West Sioux Studios Crazy Creations Project!

Our friends Tyler Blake and Monalisa Perez from Wake Clothing were kind enough to stick around after already shooting a West Sioux Studios 10 Minute Challenge and model for this shoot, Dez and Maggie started creating and exploring the most amazing poses and looks to achieve stunning images, and Josh captured it all as we went along! 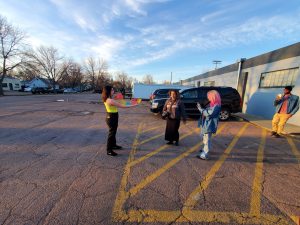 We started out in the parking lot of the studio, but found out pretty quick the sun, low on the horizon by this time, was not going to cooperate with us from that angle.  So we swung around the corner and shot on interesting stucco style textured wall on the South Side of the old West Sioux Hardware building.

We were all kind of tentatively making suggestions as we tried to achieve the perfect look, but once we got it figured out the creativity started to boil over!  Dez started calling out poses, Maggie says, “What if you like wrap your body in the slinky!” The awesome snaps just kept coming. 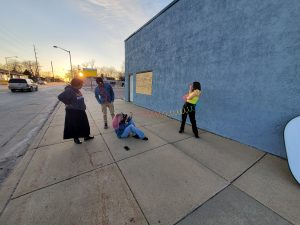 Next we swung a little further down the block in-front of the huge 8ft glass windows in front of the West Sioux Studios building!  These are my favorite shots, Monalisa struck a pose sort of looking back over her shoulder while holding the slinky!  I absolutely love it!

Thank you so much to Dez for tracking down the slinky and capturing these beautiful images – this is exactly what I had in mind, and even better, while we were planning this out.  Thank you Monalisa Perez and Tyler Blake – Monalisa’s outfit in these images is one of Tyler’s creations at Wake Clothing – check it out!

We will be doing more fun and exciting shoots in the coming weeks and month.  If you would like to photograph or model please do not hesitate to reach out! 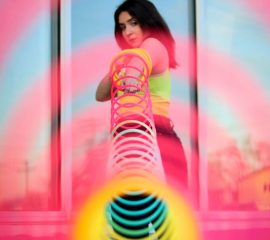 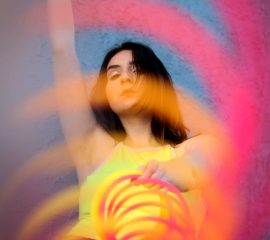 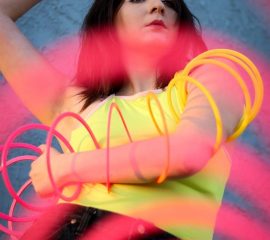 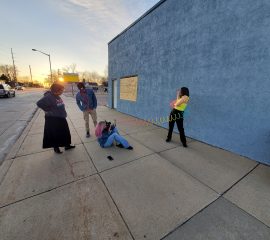 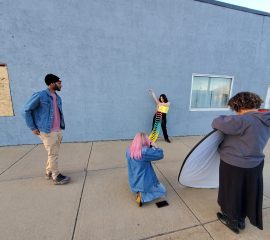